Learn More About Our Relief Efforts in Ukraine, and Send a Child a Survival Backpack Today! 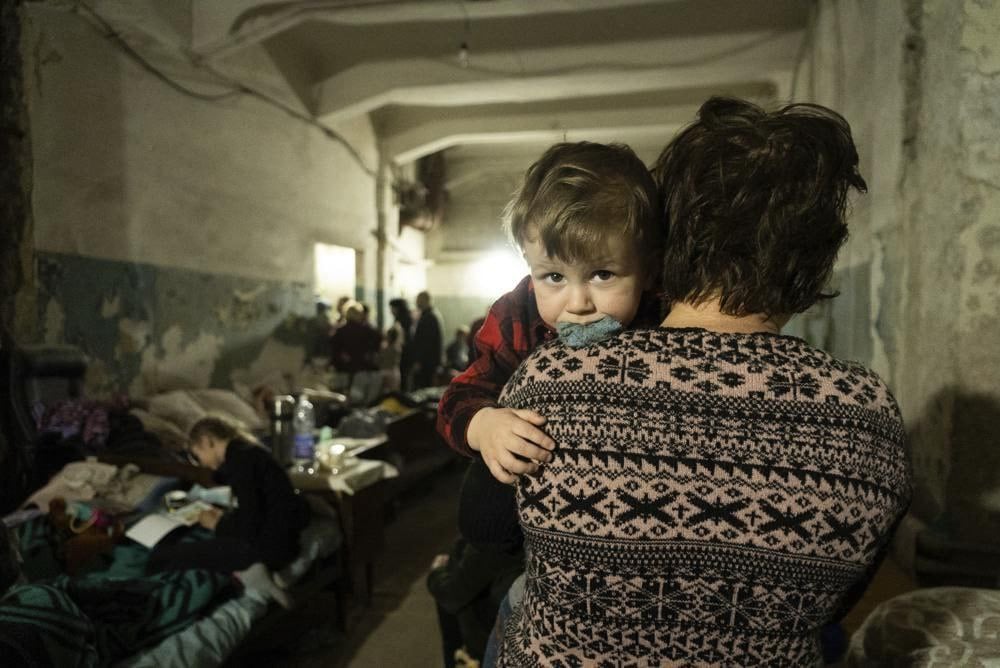 Our hearts break as, from a distance, we watch the decimation in Mariupol. But in the midst of the devastation, a team of courageous and dedicated workers is making a difference.

Pastor Andrei* and his team are helping hundreds to evacuate. Pastor Andrei expressed his great joy when, on March 17, “… In the midst of sorrow and pain … the first hundred people [were taken] from the basement of our church … [and] through the Mariupol blockade. Thank you to everyone who is with us in this process!” One of those taken was a tiny baby, born on the eve of the Russian invasion. “The first three weeks of her earthly life she spent in the basement of our Mariupol church … We managed to get her through the Mariupol blockade, along with a hundred more mothers and children.”

According to the Times of London, 90% of the buildings in Mariupol have been damaged or destroyed. Andrei told us, “Tomorrow [March 24] will be a month of the heroic defense of my city, Mariupol … About what is happening here, it is difficult to write and it is impossible to speak without [feeling] hysterical. I am proud of my team, which works daily on the very edge … supporting our soldiers, and helping to evacuate and provide for people under shelling … Every child, woman, [and] old man, taken out from under Russian bombs is a miracle. [On March 21], two of the three buses that were going for people were shelled … but everyone is alive! The buses were destroyed … [but the] people are alive! Another batch of refugees [managed to] break through [the] Mariupol blockade.”

As what is happening in Ukraine begins to take a back seat in our news broadcasts, our contacts there are begging us to continue our prayers and to not forget them. Pray for many more miracles in Mariupol! Pray for the success of those trying to evacuate. Pray fervently for God’s continued protection for all who remain there, including those who are providing food, supplies and means of evacuation. Ask for God’s special anointing on Andrei and his family, as he leads many of these efforts. One of Andrei’s young sons happens to be in America; would you please pray for him as he is very concerned for his father and family?

We have a longstanding relationship with Pastor Andrei, who has been serving street children in the city of Mariupol for more than 20 years. He began a rehabilitation program for these kids which has become the largest in Ukraine. As of 2016, more than 3,000 teens had gone through the program. Sixty percent of them have been able to return to their biological families and many others have been placed in adoptive and foster families.

Pastor Andrei and his wife are parents to 32 previously abandoned children, all of whom used to live on the streets. Some were as young as four or five. He and his wife knew that if they didn’t help these children, most would end up dead or in prison. He has also been involved in several mammoth bike-a-thons to raise awareness of orphans.

*Not his real name