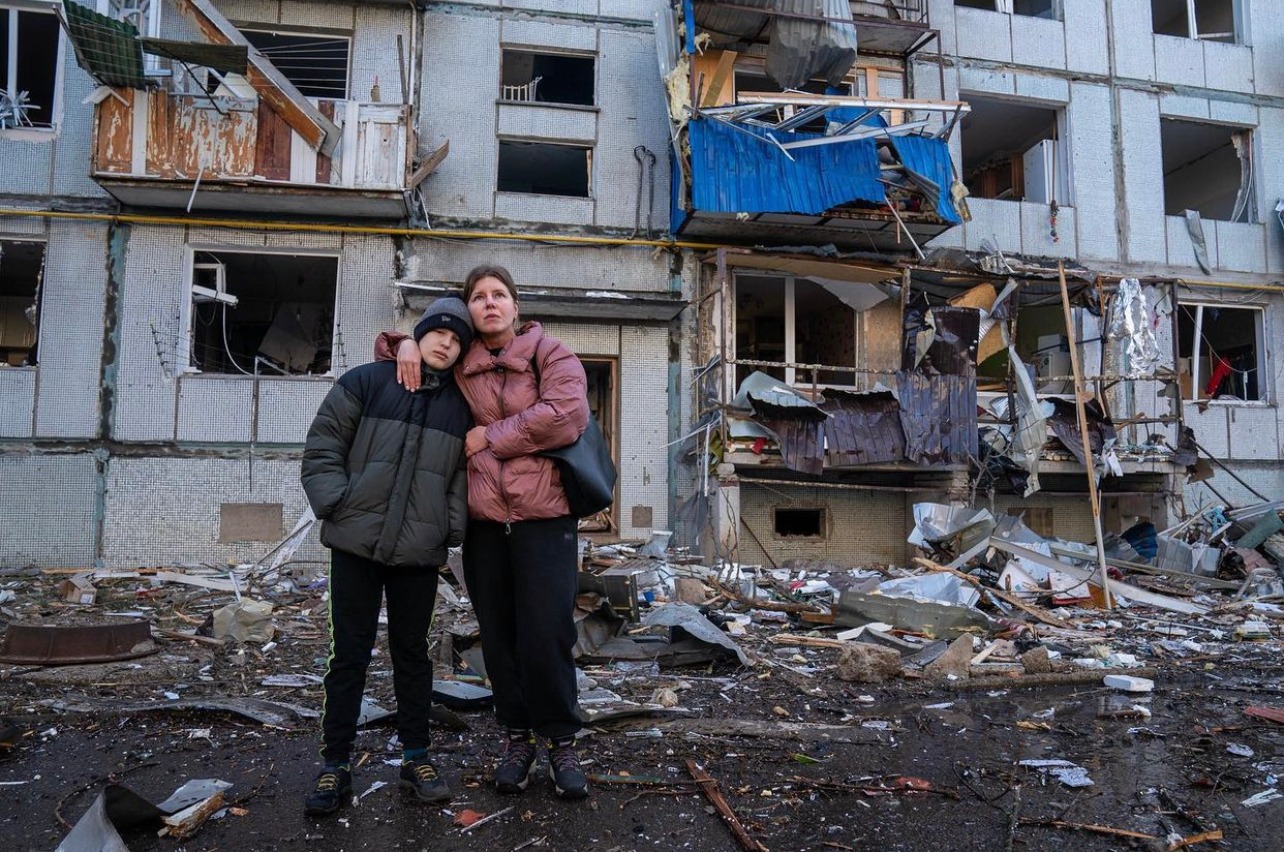 People ask, “What did you see?”

Peter, an AFFEO partner serving in east Ukraine helps about 300 vulnerable children and families every week! These families are provided with food, evacuation assistance, safety and hear the Living Word of God.

“Recently I traveled all over Ukraine, from East to West. The country is at war…

People often ask me: “What did you see?”

I saw people in Ukraine who lost their homes.

I met more homeless people (about 10 million of refugees) than those who are all right.

In the East, there are many burned-out cars and a persistent putrid smell fills everything around.

I saw a mother crying over the coffin of her son, who was brought by brothers from the battlefield.

There was a tired Chaplain who was emotionally burnt out. He buries up to 10 warriors every day.

I saw children with severed legs.

I also saw the bravery and courage of the warriors. Some strange look in which I read loss from the amount of death experienced, but at the same time the confidence to continue to fight on, protecting our families.

I saw Christian volunteers who, risking their lives and health, evacuated women, children, and the elderly from shelling.

I saw Ukrainians who shared their homes with refugees, donated their cars to the army, grandmothers who baked pies and stood along the road distributing to refugees.

At that moment, I thought: “These people cannot be defeated. You can fight with the army, but the Russians will never be able to break Ukrainian people.”

I have seen churches full of refugees and pastors feeding and comforting them.

I heard words of consolation, daily prayers in the church.

I felt a revival and saw churches filled with new people. When 600 people left and 350 new ones filled the pews.

I saw the thirst for the Word of comfort in people’s eyes, for living prayer, and for God’s touch.

I saw poor, war-torn people sharing their last money with those who were homeless on the street.

I saw churches that served their people. I saw Christ compassionate in these people and Christ conquering through prayers.

I heard the fragrance of the glory of God throughout the Ukrainian land!
God is always good!

And though there is so much darkness, grief and death, His Divine Light shines in the midst of the darkness.

I see the rising sun of Truth and Victory over my Ukraine!”

You can give today to support emergency relief efforts in Ukraine.