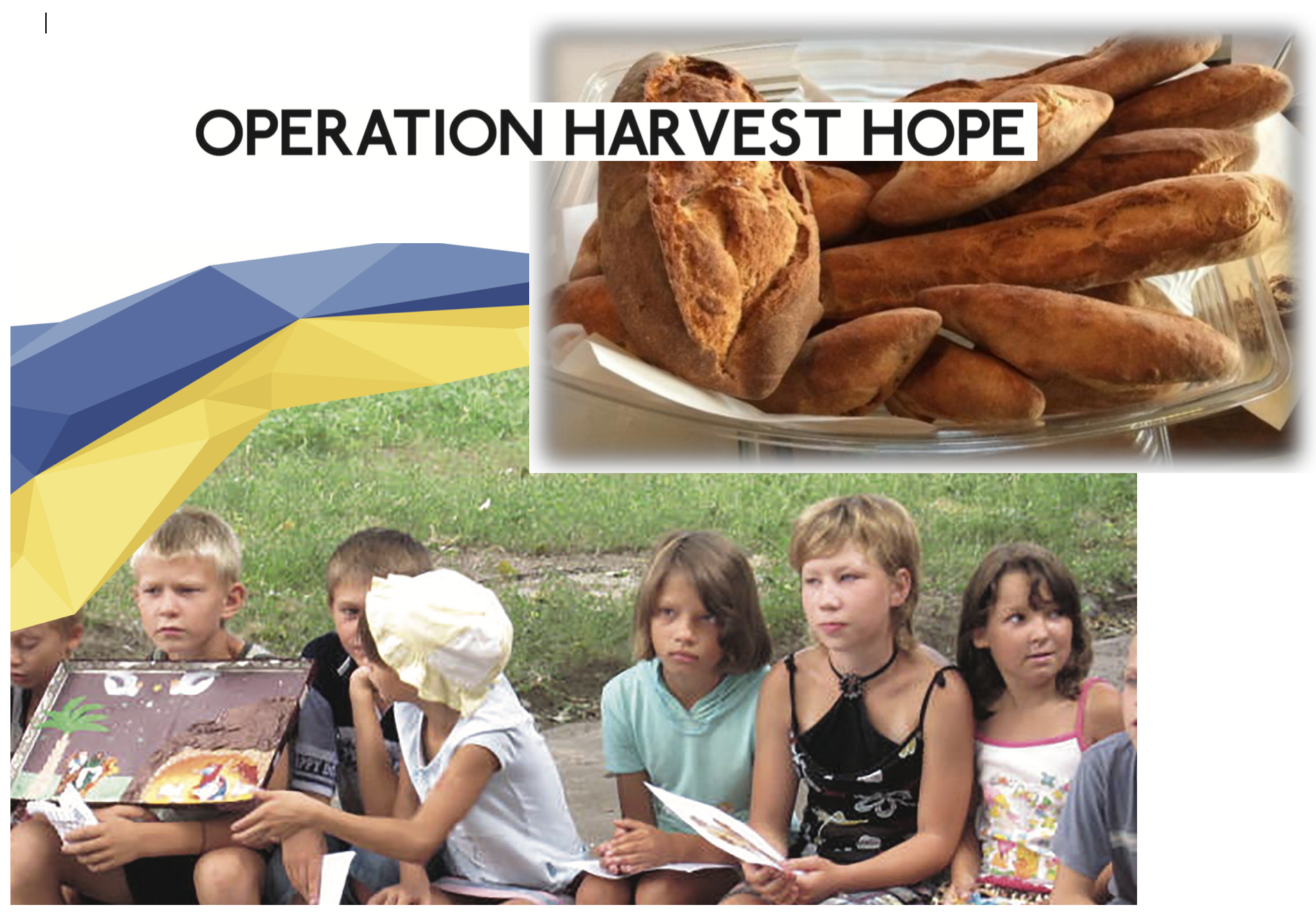 “If you’ve ever eaten a slice of bread you can thank Ukraine…The flavorful grains that transformed the North American prairies…into a continental breadbasket were varieties native to Ukraine’s famed Black Earth districts of Crimea and Galicia,” Dr. Richard Scheuerman, founding board member of A Family for Every Orphan (AFFEO) reminds us.

Ukraine’s annual production of some 30 million tons of wheat accounts for 12% of the global export supply to which it also contributes enormous quantities of corn (16%) and barley (18%).

But that production has dramatically changed since the beginning of the war. Russian invading forces are confirmed to have stolen several hundred thousand tons of grain from Ukraine, and some analysts now foresee that Ukraine’s grain output could decline by more than half in 2022, a devastating pronouncement for one of the world’s largest grain exporters.

Much of what has not been stolen—at least in one grain-producing area of Ukraine—has been destroyed.

Serhiy Hayday, the head of the Luhansk Regional Administration in Ukraine, says the Russians’ goal is another Holodomor — a dark period in Ukrainian history when Stalin forcibly removed food stocks from Ukrainian peasants in the 1930s, leading to the death of about four million people. “There is no bread now and it is not expected in the future,” Hayday added. “The Russians will leave Ukrainians in the occupied territories on the brink of starvation.”

This tragic aftermath of Russia’s invasion has greatly complicated conditions for orphans and vulnerable children still in Ukraine. Several international relief agencies are supporting refugees in border countries, but it is estimated that at least half of Ukraine’s orphans remain inside the country. They, along with others who no longer receive salaries and pensions amidst the chaos, are heavily dependent on food relief.

The bread shortage is dynamic throughout Ukraine but is especially poignant in areas bordering the eastern war zone. AFFEO’s Operation Harvest Hope is a highly streamlined effort, involving experienced partners with whom we have worked for many years, to securely and directly send funds to several Ukraine-based groups that operate bakeries and coffee houses—as well as to churches and other facilities providing bread and other food to orphanages, vulnerable children, and needy families. An additional goal is to involve orphans in work/study programs and help provide employment as well as ongoing training and support for orphans, especially after the war.

Please pray that the Lord would release an abundance of funds to provide bread and other nourishment to orphans and other food-insecure individuals in Ukraine. Pray also that all those in Ukraine who need food relief would know where to go to find it!

Help him defend the afflicted and rescue children of the needy…May grain abound throughout the land,…and fruit flourish as in Lebanon. Psalm 72:4, 16