Adoption was always our plan. While we were dating, it was an ultimatum I gave Derrick… I told him I feel called to adopt and if he isn’t on board we weren’t going to work out. Thankfully he was on board and after two years of marriage we excitedly began our journey to adopt. Through a three-year battle, our adoption journey painfully became far from anything we ever imagined. Our dreams were shattered, yet the Lord completely refined our hearts and perspectives towards adoption. 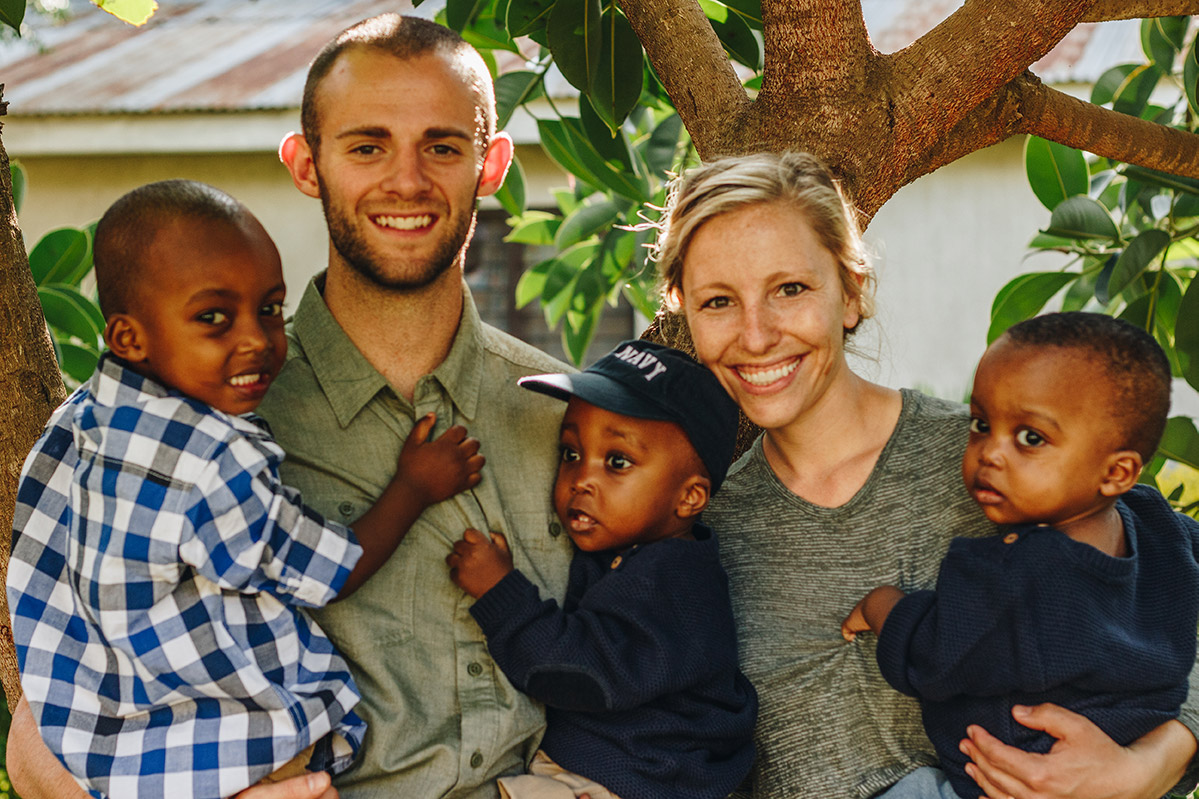 This was a family picture we planned to share when we could announce we made it through the African court system and officially had parental rights of these three precious boys. Instead we shared this picture under much different and unexpected circumstances. We shared this picture because we had withdrawn our application to adopt.

We had been in this process for three grueling years. We faced highs and lows as we met the boys, went through the court system, and received an initial denial from the courts. Family and friends supported us as we quit our jobs and gave up everything to move to Africa to start raising these boys. We were committed to the process and fighting for them with everything we had. So, it came as a huge shock when we announced the end of our adoption process.

A book called “In Defense of the Fatherless: Redeeming International Adoption” by Amanda Bennett and Sara Brinton provides a great background of international adoption:

In the situation of these boys, they were neglected and abandoned by their mother, leaving them with their father who works full days to provide for the family. Even with a job he struggles to make ends meet and does not have the resources to care for three young children as a single father. Therefore, he had to seek other options which led to our adoption process. However, during our time in country, we quickly found out the father wanted the boys to remain in the country and did not want them to be adopted. Adoption had not been properly explained to him initially, so when we had a trusted friend and local missionary translate for us, it was very clear adoption was not the best option for these boys. It is very common culturally for single parents to put their children in orphanages because they are unable to provide for them. This does not make them true orphans and does not always mean the parents want to relinquish their parental rights and have their child/children adopted. It is often a temporary situation, as orphanages tend to be able to provide consistent food and an education for the children due to support from western countries.

With that said, there was no way we could continue fighting for our adoption to go through. We needed to transition our fight towards this family being reunited, even if that couldn’t be done immediately. Everything in our entire process led us to that moment. Without it, we would not have moved there, and if we didn’t move we would not have found all of this out. It was absolutely devastating for us as we had loved and considered these boys our sons. We never imagined this would be the outcome.

Though our adoption was over, we felt our care for the boys was not. It just needed to look drastically different from adoption. It was humbling to live in a foreign country and try to figure out what was best for children in a culture completely different from your own. We naturally see things through an “American” lens, which doesn’t easily transfer over to the African culture. Since we were only tapping the surface of learning the African culture, what we thought best for the boys could in the end,  not be best. Thankfully we have a great relationship with their orphanage director who is a local man. We felt our job was to ask questions and explore options, but ultimately rely on his wisdom and guidance as far as what would be best for the boys.

We continued to live in Africa for two months after withdrawing our application to adopt. In that time, we were able to enroll the oldest boy in school. The twins were still too young to begin school, but we plan to support all three boys for the entirety of their education. We felt paying for their education was the best and most significant way we could support the boys and their family. When we left, the oldest was in school and the twins were still living at the orphanage. The orphanage director is working closely with their father to discern when it is safe and manageable for the boys to go back to live with their father. But for now, the father can visit the boys at the orphanage and continue to work towards building a sustainable lifestyle to someday raise the boys on his own.

Recently, since being back in the states we’ve heard the orphanage director was able to locate their grandmother. The boys were able to reunite with extended family that was unsure of the boy’s whereabouts prior to now. Receiving this news was further affirmation these boys should not have been adopted. For the three years of our process we were told no other family could be located and the father was not capable of caring for the boys. While some of that was true, it did not justify these boys being placed for international adoption. Being in the position of a foreigner in another land, we learned the value and importance of culture. Africa is their culture. Africa is where they were born, where their family is, and where they belong.If we would have continued with our adoption I would never have been able to justify taking them away from that, knowing everything we did. I don’t believe institutions are best for children and I know not all adoption cases are like ours. Sometimes adoption really is in the best interest of the child. However, I think if the child/children could be placed with families within their own country and culture, it would be better for the child. We learned this as we looked for schools to enroll the oldest in. The schools greatly differed from what we are used to in the US, however they were locally run schools, with culturally appropriate and adequate curriculum, and just because they were different didn’t mean they weren’t good. The oldest gets to go to school with staff and students that speak his native language and come from the same background as him. That is something we never could’ve provided for him in the US.

Though the journey was painful, we are thankful we went through it. The Lord opened our eyes to so many different layers of international adoption we were not aware of. Many of these children and families are vulnerable and it’s heartbreaking to see that vulnerability taken advantage of, even when people have good intentions. We’ve seen firsthand how important family reunification is, and how the battle is so worth it.

About the author:
My name is Jaimee, and my husband Derrick and I have been married for five years. We live in Colorado with our sweet dog, and love being outdoors. Derrick is a commercial loan officer and I am a registered nurse and registered psychotherapist. I love working with children in both the medical and mental health fields. My passion for adoption began in high school when I first visited Swaziland, Africa. And later in college I studied abroad for nursing in Zambia, Africa where I further fell in love with the African culture and my desire to adopt deepened. Derrick and I chose to pursue adoption first, before trying to have biological children, so we would be able to solely focus on the needs of our adopted children. The Lord has so graciously used our experiences over the past three years to open our eyes to the brokenness and corruption within adoption and reshape our perspectives. We hope our story can provide encouragement and insight towards the orphan crisis, ethical adoptions and the importance of family reunification. Stay up to date with us at www.hopeinaffliction.com.